Press enter to begin your search

In recent months, WPP has made investments in measurement firms comScore andRentrak and increased its stake in ad tech company AppNexus. It’s a trifecta of deals that highlight the ad giant’s ambitions of diving deeper into data and technology.

But what exactly is WPP Chief Executive Martin Sorrell after? What’s his endgame?

For Mr. Sorrell, this is about putting his sprawling holding company in control of all the various data marketers are demanding nowadays to make sense of their ad campaigns. They want to know a lot about who is viewing. They want to know which TV shows or Web sites are ideal to reach their desired audience. And ultimately, they want to know how much an ad contributes to an actual sale of a product or service.

By becoming a global data powerhouse, WPP hopes to help clients draw connections across different data sources, better target audiences and ultimately improve the effectiveness of their advertising dollars. WPP last year also signed a $1.25 billion deal with IBM IBM +0.59% to expand its use of big data and analytics.

The ad giant says its increased stake in AppNexus helps it develop a stronger technology backbone for its media trading platform Xaxis. The investments in Rentrak and comScore, meanwhile, provide WPP with more data — set-top box and cable operator data on TV viewing in Rentrak’s case and digital measurement data in the case of comScore.

“What we can do is develop greater insight and what people really want is the best possible measurement systems,” Mr. Sorrell said. “Both Rentrak and comScore give us other strings to our bow or other weapons in our armory to improve the quality of what we do for our clients.”

Despite the aggressive pace of activity, the adman is showing no signs of slowing down. WPP is working on a possible bid for retailer Tesco’s data unit Dunnhumby, according to people familiar with the matter.

WPP already markets what it calls “data investment management”—which provides research, measurement and consulting services. The division made up nearly a quarter of WPP’s revenue in 2014 and is one of the group’s core strategic priorities.

“Measurement and insights drive so much of the industry. So long as you’re deemed to be one of the world’s leaders in that regard, you’ll have a seat at the table as the industry evolves,” said Pivotal Research analyst Brian Wieser of WPP’s data business.

An oral care client launching a new product line used data from WPP’s data investment arm, Kantar, to discover that new buyers in the category tended to watch “How I Met Your Mother” while brand switchers tended to watch “CSI: Miami” instead. To arrive at that finding, Kantar matched data from its loyalty card database with data on consumers’ TV viewing and online behaviors using privacy-compliant processes.

“We own most of our data and that makes a big difference,” said Kantar Chief Executive Eric Salama.  “What we’re trying to do is to combine media data with purchase data– and that’s not just in the US, we’re looking to do that absolutely everywhere.”

In the Rentrak and comScore deals, WPP sold certain Kantar assets into each of these companies in exchange for an equity stake.  In the AppNexus deal, WPP transferred ownership of its “Xaxis for Publishers” ad serving product to the ad tech firm. The goal was to create a sum that’s greater than those parts. Mr. Sorrell says this type of structure makes more sense than a big-ticket takeover, where there would be “tremendous integration risk.”

As part of the Rentrak deal, WPP sold Kantar Media’s U.S. TV measurement business to Rentrak in exchange for a roughly 17% stake in the company. Together, Kantar and Rentrak, which gathers data from set-top boxes and helps marketers tie viewership behavior to buying behavior, hope to be a more formidable rival to Nielsen, which is the dominant player in U.S. TV measurement.

Rentrak and Kantar in the past have competed with each other for sources of data – and each have had certain partnerships the other didn’t, a dynamic that wasn’t helpful for clients, Mr. Salama said. Now, using data from both companies, a client planning out local ads, for example, will have second-by-second data of what viewers are watching across a broader geographic coverage area.

“We felt we would be better off having a share of a consolidated player than us continuing to compete and fragment the market,” Mr. Salama said. 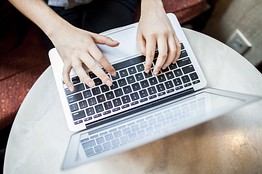 Last month’s comScore deal, meanwhile, is aimed at improving cross-platform audience and ad campaign measurement capabilities. Kantar’s strength in TV measurement will be combined with comScore’s digital measurement prowess in markets outside the U.S. As part of the deal, WPP will take up to a 20% stake in comScore.

“If we really want to be able to offer a measurement everywhere of everything globally, we should partner with someone rather than trying to do it ourselves,” Mr. Salama said.

“We both needed each other,” said comScore chief executive Serge Matta, noting the partnership fills “missing pieces in each of our product portfolios.”

WPP spends £300 million to £400 million a year on deals (roughly $446 million to $595 million), with a focus on new markets, new media and data investment management, though that budget could exclude significant “one-offs,” as was the case with comScore.

“We will continue to reinforce all that we do now,” Mr. Sorrell said. “The consumer data area is a very interesting area for further development.”